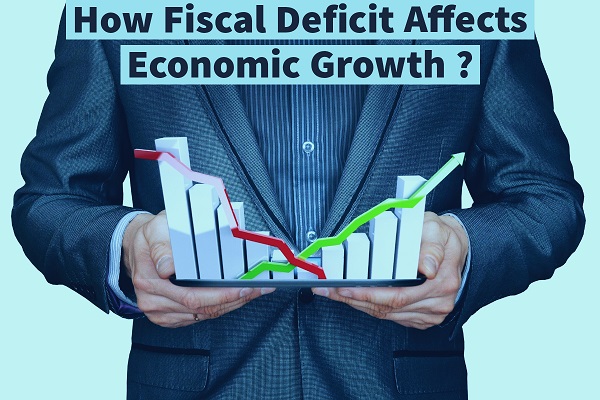 According to many Keynesian economists fiscal deficit promotes economic growth. In India, in the past some years as between 1997-2003, a good amount of industrial capacity was useless due to lack of aggregate demand, and there were enough stocks of foodgrains, it was asserted that fiscal deficit would stimulate demand which in turn will ensure rapid economic growth.

During the period of 1997 to 2003 the Indian economy was demand constrained therefore the increase in aggregate demand through larger fiscal deficit didn’t created inflationary pressure during that time.

In such a situation the increase in public expenditure by large borrowing for productive investment will boost production and increase employment opportunities in the economy. Especially, increase in public investment in infrastructure such as roads, highways, irrigation will accelerate the economic growth. It will help in increasing aggregate demand and also reduce supply constraints on economic growth.

So the more focus should be on reducing revenue deficit and less on reducing fiscal deficit.

From the beginning of the nineties when economic reforms had been initiated, there have been large revenue deficits so that a large part of borrowings by the government have been used to match revenue deficit. Which resulted in a decline in capital expenditure on investment in infrastructure and other development projects and adversely affected economic growth.

It should not be understood that any amount of fiscal deficit is good for economic growth.

Fiscal deficit also adversely affects the saving and investment in the economy.

In the normal or boom times, a fiscal deficit of 3 percent should be treated as normal to maintain a sustained growth rate.

Golden Rule of Public Finance states that borrowing by the government should be used only for investment purposes and not to meet excess current consumption expenditure except during times of recession.

In times of recession government consumption expenditure will help in promoting GDP growth.

A moderate amount of fiscal deficit is good as long as it is used for increasing public investment in physical infrastructure, health and education of the people. Even foreign investment depends on the improved or developed infrastructure.