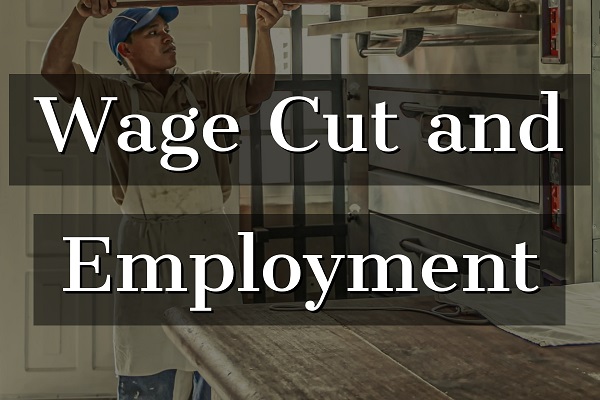 The relationship between the wages and employment always has been a controversial issue between the Keynes and classical economists.

Classical economists believed that a cut in the money wages would increase employment. While Keynes said that the workers would strongly resist any attempt to cut wages, though they might be prepared to accept cuts in real wages caused by rise in the prices. According to him, money wages remain rigid and any cut in money wages for the purpose of increasing employment was not a practical proposal. Whether it is a theoretically valid that wage cuts or downward wage flexibility will increase employment and help in removing unemployment, but it may not be practically possible.

According to classical economists, wage flexibility (wage reduction) provides the economy a self adjusting mechanism that works to restore the full employment equilibrium when there is a recession and involuntary unemployment.

In simple terms, if there was an excess supply of labour (involuntary unemployment), wage rate must be too high and if unemployment was to be removed, wages must fall.