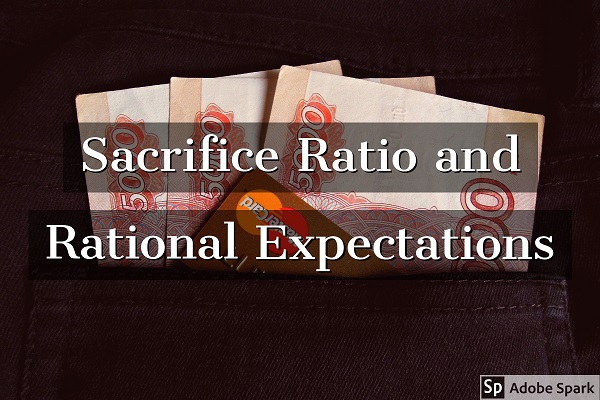 Rational Expectations hypothesis assumes that people use all the available information including government’s fiscal and monetary policies to predict the future.

They correctly predict what would be the impact of government’s fiscal and monetary policies and other economic events on inflation in the economy.

They argue that if there is credibility of policy makers among the people about there commitment to reduce inflation, the people will quickly respond by lowering their expectations of inflation when they adopt anti-inflationary policies. In this way inflation will be reduced without much rise in unemployment or fall in GNP. Therefore, the advocates of rational expectations argue that the estimate of sacrifice ratio is not useful for evaluating the impact of alternative economic policies. they think that if government or Central Bank of the country is committed to reduce inflation and if there is credibility of government among the people, then inflation can be reduced in a painless manner (without foregoing any output or employment). The advocates of rational expectations believe in painless disinflation provided government credibility about fighting inflation is quite high among the people.

Mankiw points out that there are two requirements for having painless disinflation. First, the policy to reduce inflation must be announced before workers and firms who have to fix wages and prices from their expectations. Second, the workers and firms must believe in commitment of government or Central bank to reduce inflation when it makes a policy. If people do not have a faith in government or Central bank pursuing its anti-inflationary policy, they will not lower their inflationary expectations. If both requirements are fulfilled short run Phillips curve representing trade-off between inflation and unemployment will shift downward as shown in fig. 13.11. This will cause reduction in inflation without increase in unemployment. 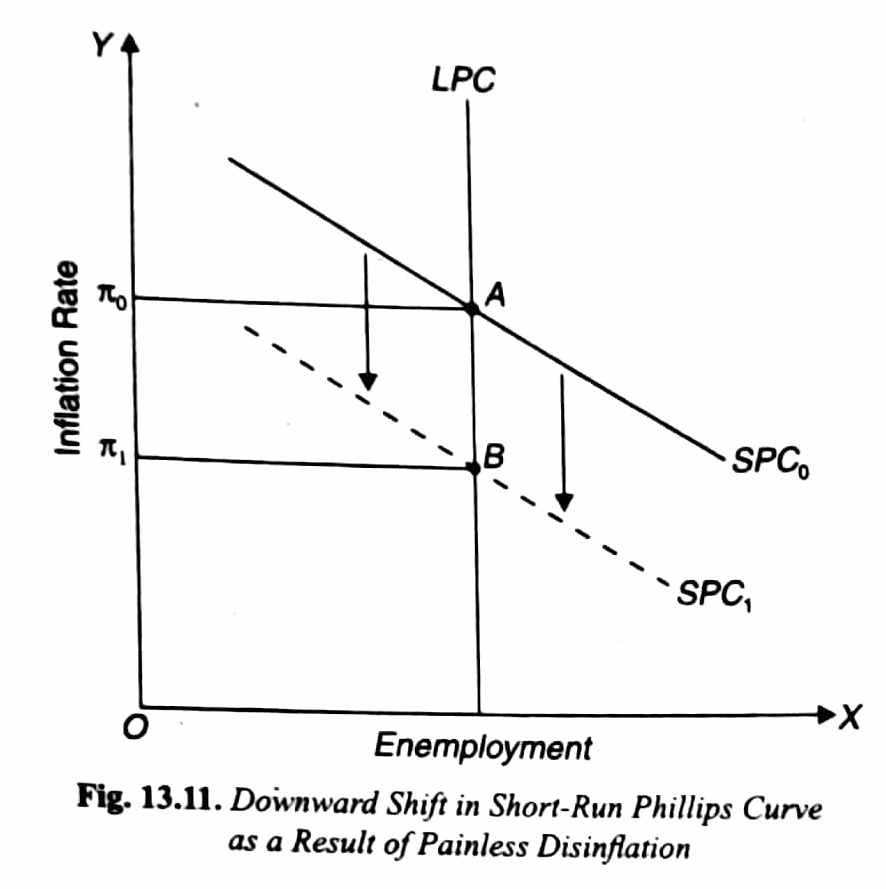 In words of Mankiw, ‘Although the rational expectations approach remains controversial, almost all economists agree that expectations of inflation influence the short run trade-off between inflation and unemployment. The credibility of a policy to reduce inflation is the determinant of how costly the policy will be. It is often difficult to predict whether the public will view the announcement of a new policy as credible’.